Sharp rise is due to increase in later-stage funding rounds and is indication that ecosystem is maturing, Start-Up Nation Central study says

Article published at www.timesofisrael.com on May 30, 2021. 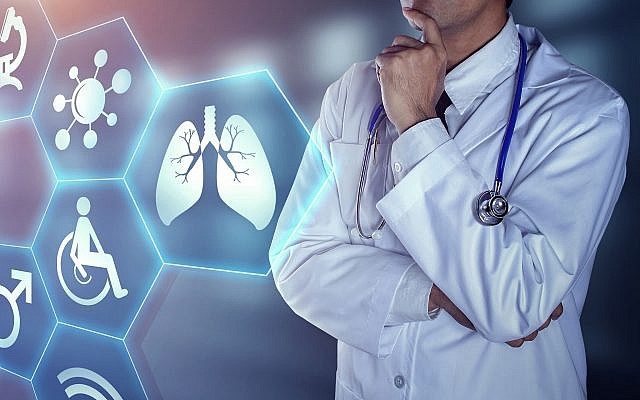 Illustrative image of a doctor with digital icons (chaiyapruek2520, iStock by Getty Images)

Israeli companies in the digital health sector raised some $700 million during the first quarter of 2021, almost matching the amount raised by startups in the field in the whole of 2020, new data by Start-Up Nation Central, a nonprofit that tracks the nation’s tech industry, shows.

“As the investment world and the healthcare industry begin to look beyond the COVID-19 pandemic,” they set their sights on Israel, the so-called Startup Nation “and the incredible innovation taking place in the local health-tech scene, particularly in the fields of deep tech and AI that are game-changers when it comes to decision support, diagnostics, and clinical workflow management,” the nonprofit said in a blogpost last week, based on research conducted by its analyst Lena Rogovin.

The main reason for this quarter’s uptick — the sum is equal to 85% of all of the funding raised by the sector in 2020 — is an increase in the later-stage funding rounds, SNC said.

Out of the 31 funding rounds that were completed in Q1 this year, 17 were B rounds or later rounds, compared to a total of only 21 later-stage rounds in 2020.

The median funding amount raised in 2021 more than doubled that of the previous year, “climbing from $6 million to an astounding $14 million, a sign that the ecosystem is maturing and investors are recognizing the opportunities in growth companies,” the blogpost said.

Investments in the sector increased across the board, with a “slight advantage” for companies in the diagnostics, decision support and remote monitoring fields, the blogpost said.

The five startups that raised the most funds in the first quarter of the year were diagnostic firm K Health, a developer of an AI-based personal health assistant, which raised $132 million in a round E at a $1.4 billion valuation in January, marking the first mega round raised — over $100 million — in the Israeli digital health sector.

“The strong start to 2021 shows that Israel has a lot to offer both in terms of the post-corona reality and for other areas of digital health which were less of a focus for investors in 2020, but remain essential for global healthcare industry transformation in the longer term. As the healthcare situation returns to normal, interest is starting to shift back to other parts of the sector that were a lower priority during the height of the pandemic,” wrote Rogovin, the report’s author.

“The companies that are receiving the most attention are those associated with deep-tech and artificial intelligence and we anticipate that they will remain the core technologies going forward in 2021 with an emphasis on decision support and clinical workflow management,” she added.

The digital health sector surged globally in the first quarter of the year with $8.5 billion invested in startups, vs $5.3 billion in Q1 a year earlier, according to Start-up Health, as the coronavirus pandemic highlighted how much remote care and telehealth are becoming the new normal.