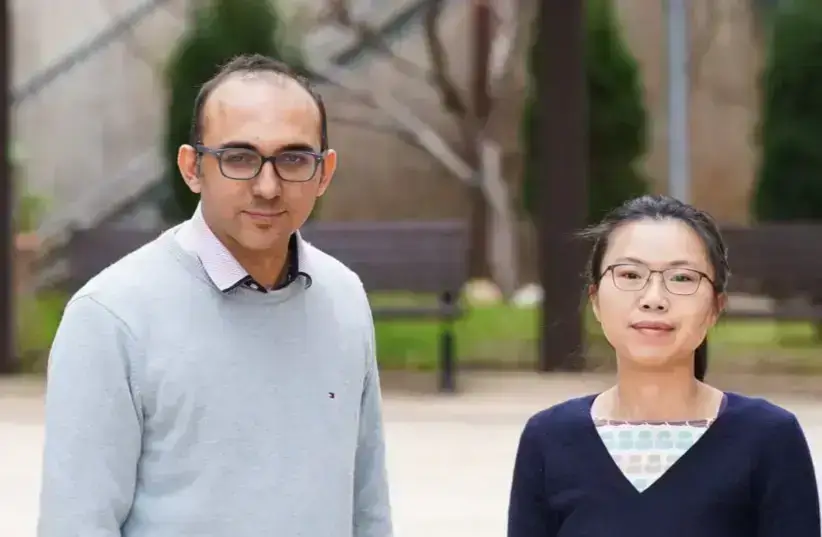 A team of scientists from the Technion-Israel Institute of Technology in Haifa has taught colonies of Escherichia coli (E. coli) bacteria to recognize and respond to certain geometric patterns, such as letters.

The study, led by Dr. Ximing Li and Assistant Prof. Ramez Daniel, was published earlier this week in the scientific journal Nature Communications.
Daniel’s lab work is in the field of synthetic biology, specifically in the generation of biological circuits that in essence create living computers, or very primitive brains.
The lab utilizes a known scientific phenomenon called “quorum sensing.” Colonies of certain microbes are naturally capable of communicating within the colony and microbes can respond differently when alone, as opposed to when they are in a colony.

This phenomenon can be seen occurring naturally within our own bodies, every time an infection causes multiple cell types within our immune system to react in order to protect the organism.
By engineering cells to perform certain function types, one can cause individual cells to be turned on and off and perform a function – for example, fluorescence.
Using this technique, the lab has previously engineered biological sensors capable of recognizing the presence of arsenic and other poisons in water, or the presence of blood in urine.
By combining their cell engineering skills with the quorum sensing properties of the E. Coli bacteria colonies, the scientists were able, for the first time, to create an artificial neural network (ANN) capable of performing the relatively complex task of geometric-pattern recognition.

According to the researchers, the study’s results are a proof of concept for what ANNs can do.
“For example, the framework and algorithm in our study can be used to facilitate the design of living therapeutics, such as targeted drug release systems based on engineered probiotic bacteria systems,” the researchers said.

“Our proposed system can also be potentially extended to engineer inter-cellular communications in yeast cells and mammalian cells,” the researchers stated. “For the latter in particular, engineering how tissue cells contact each other would enable new applications for programming tissue development, growth and repair.