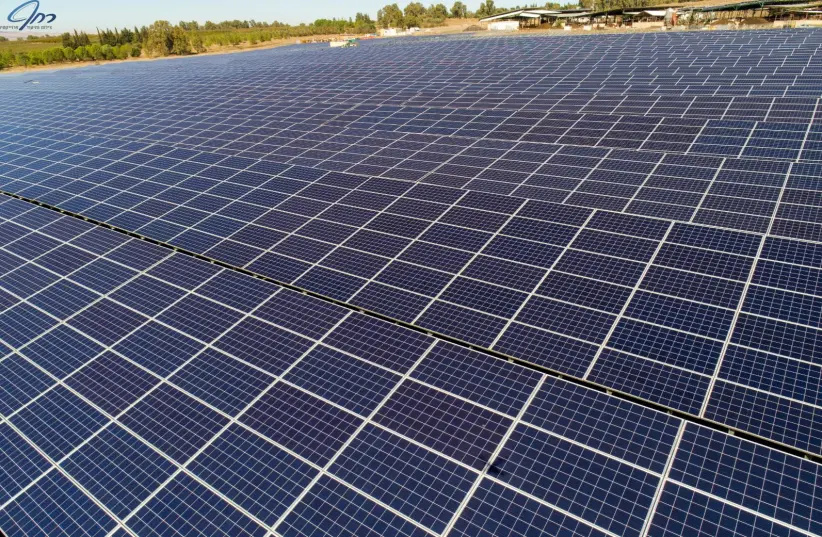 Solar panels at one of the projects of Enlight Renewable Energy (photo credit: RACHAF PRO DRONE)

Scientists in Israel have made a breakthrough in the field of solar energy, potentially leading to making the alternative energy form more efficient and productive in future use.
Researchers, led by Professor Avner Rothschild of the Department of Materials Science and Engineering at Technion, in partnership with scientists from Ben-Gurion University of the Negev and Helmholtz-Zentrum Berlin have developed advances in the understanding of how semiconductors work.

On the other hand, photovoltaic cells do not need external batteries but use semiconductors instead.
Semiconductors enable light energy to split water molecules into oxygen and hydrogen, which are then stored as a separate fuel source for later. Hematite, the most common material that is used as a semiconductor, suffers from a lack of efficiency, which leads to a huge waste in potential energy.

Rothschild’s team developed a new technique for testing the efficiency of hematite and other semiconductor materials, which will hopefully in the future allow for more effective solar panels to be developed.

Alan Aziz, CEO of Technion UK, said, “Reducing our use of fossil fuels is the single most important challenge our planet faces, and the answer has to be using the free energy that is all around us. Improving solar panels is just another bright idea to emerge from Technion scientists.”

Solar power is one of the major sources of renewable energy for the future, with solar panels converting the Sun’s light rays into electricity. Some sources estimate that the amount of sunlight that hits the Earth in just an hour and a half is enough to cover our global energy consumption for an entire year.