Jews in communities around the globe show more genetic similarities with each other than they do with their non-Jewish neighbours, except in India and Ethiopia. 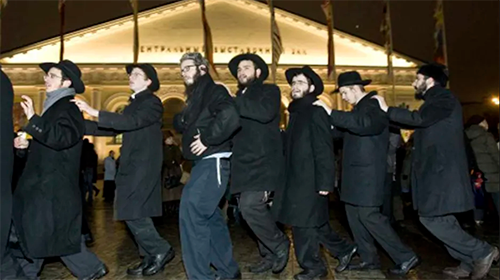 A new study shows that Jews in communities around the globe show more genetic similarities with each other than they do with their non-Jewish neighbours. The only three exceptions were the Jews of India, Ethiopia, and Georgia, who had more similarity to their host nations than to other Jewish communities. The international study, led by researchers from Rambam Medical Center in Haifa and the Technion – Israel Institute of Technology, mapped the Jewish genome for the first time. The research encompassed communities representing most of the world’s Jewish population.

The analysis discovered genetic substructures not found in most other Middle Eastern populations. Researchers from eight countries – Israel, Britain, the United States, Russia, Spain, Estonia, Portugal and Italy – compared 600,000 genetic markers in 114 people from 14 Diaspora Jewish communities and 1,161 people from 69 non-Jewish populations. Their findings were published yesterday in the journal “Nature” and will be presented today at an international conference of doctors and researchers at Rambam.

“Contemporary Jews comprise an aggregate of ethno-religious communities whose worldwide members identify with each other through various shared religious, historical and cultural traditions,” said the introduction to the article, whose lead researchers were Dr. Doron Behar of Rambam and Prof. Richard Villems of the University of Tartu in Estonia. “Historical evidence suggests common origins in the Middle East, followed by migrations.”

“Although many genetic studies have shed light on Jewish origins,” it noted, no previous study has addressed “genome-wide patterns of variation across the vast geographic span of Jewish Diaspora communities and their respective neighbours.”