Once campuses were shut down nationwide in mid-March, it took a little over a week for all academic institutions in Israel to shift their curriculum, almost in its entirety, to the web.

Article published at www.calcalistech.com on April 03, 2020.

One thing is clear to all academic institutions in Israel: campuses will never be the same following the coronavirus (Covid-19) crisis. This global experiment in remote learning, imposed by lockdowns, will have a dramatic impact on how academic studying is conducted in the future.

It took a little over a week once campuses were shut down nationwide in mid-March for all academic institutions in Israel to shift their curriculum, almost in its entirety, to the web. All these institutions are now preparing for the possibility of finishing the semester without students having met with faculty face to face even once, and, for the first time in Israel’s academic history, no one is doubting the validity of this option. 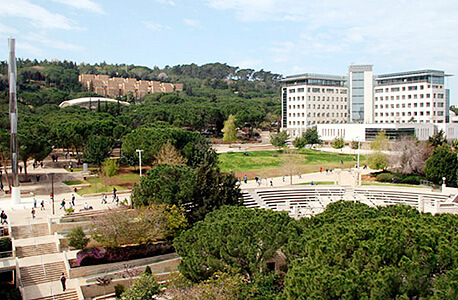 Israeli universities and colleges have known for years that they must prepare for a new era of online remote learning. Both faculties and institutions, however, were more comfortable sticking to what they knew, and transitioning to digital means was done slowly and sporadically. Now, faculty members had to learn to use the technology at light-speed and once this crisis is over, there will not be a single person in academia that does not know how to run a class on Zoom Video Communications Inc.’s platform.

The Hebrew University of Jerusalem went from 30 to 3,000 online courses in a week, President Asher Cohen told Calclaist. Other institutions, including Technion Israel Institute of Technology and the Open University of Israel, report having shifted almost all of their courses to remote digital instruction.

Oren Soffer, dean of development and learning technology at the Open University, told Calcalist he believes this is a turning point for academia. Yaffa Zilbershats, head of Israel’s Council for Higher Education’s planning and budget committee agreed, saying the crisis will bring about the digital revolution way quicker than expected.

It remains difficult to foresee the exact details of this revolution but it is clear that even long after the crisis has passed there will be more classes recorded and published online for students than there were before. Even those lecturers who objected to digital teaching will now be more prone to allow their classes to be filmed, Hossam Hayek, dean of bachelor’s degree studies at Technion, told Calcalist.

One possible change brought about by the digitalization of academic studies is that students will be required to watch a recording of a lesson in advance and arrive in class for in-depth discussions and questions. Soffer’s vision goes even further, to create a Wikipedia-like collaborative online environment in which students can collaborate and answer questions together.

Another issue that can be advanced through online classes is the integration of Israel’s ultra-Orthodox (Haredi) Jewish minority. As classes held with a mixed-gendered audience are considered by many to be against Haredi religious code, eliminating the need to be physically present may encourage more people from this group to take part in academia.

With a lot of the previously frontal classes turning digital, universities could convert the extra space on campus to create a supportive environment for entrepreneurship and innovation, for example by establishing startup accelerators, Zilbershats said. Zilbershats also believes online classes could help different institutions collaborate, especially in fields that are suffering from a shortage of faculty staff, such as natural science.

Remote learning can also make academic studies more accessible to people living far away from the physical institutions and could make them cheaper, University of Haifa President Ron Robin said. Robin, however, believes that it is impossible to turn all academic degrees completely digital. “Creativity is ignited when people look each other in the eye and brainstorm,” he said.

Despite his background in tech, Ami Moyal, president of the Afeka Tel Aviv Academic College of Engineering, feels the same way. “We have no choice but to be online right now, but this cannot be a long term solution for engineering,” Moyal said. Engineering classes are extremely difficult and require a direct link between students and lecturers as well as interpersonal skills like collaboration and presentation, he explained.

One of the main concerns with going digital was that seven universities and 30 colleges did so at the same time, which could have caused the internet or the video platforms to collapse, Robin said. Most issues, however, were isolated, for example, a lecturer whose home internet connection was too weak to sustain the broadcast, he said.

More pressing than technical hurdles, however, are the students’ difficulty in concentrating for long hours of study in front of a screen at home, without the comradery they get with frontal classes. Even though attendance is high—amounting to hundreds of students in mandatory classes, according to Robin—due to people being confined to their homes on government orders, attention deficit appears to be an even bigger issue with remote classes. “Students run errands, we have even seen them mopping the floors during class,” Moyal said.

Of course, not everything can be done online. It seems the only thing academic institutes can do about lab experiments in electronics or chemistry right now is hope the lockdown regulations will loosen before the semester ends.