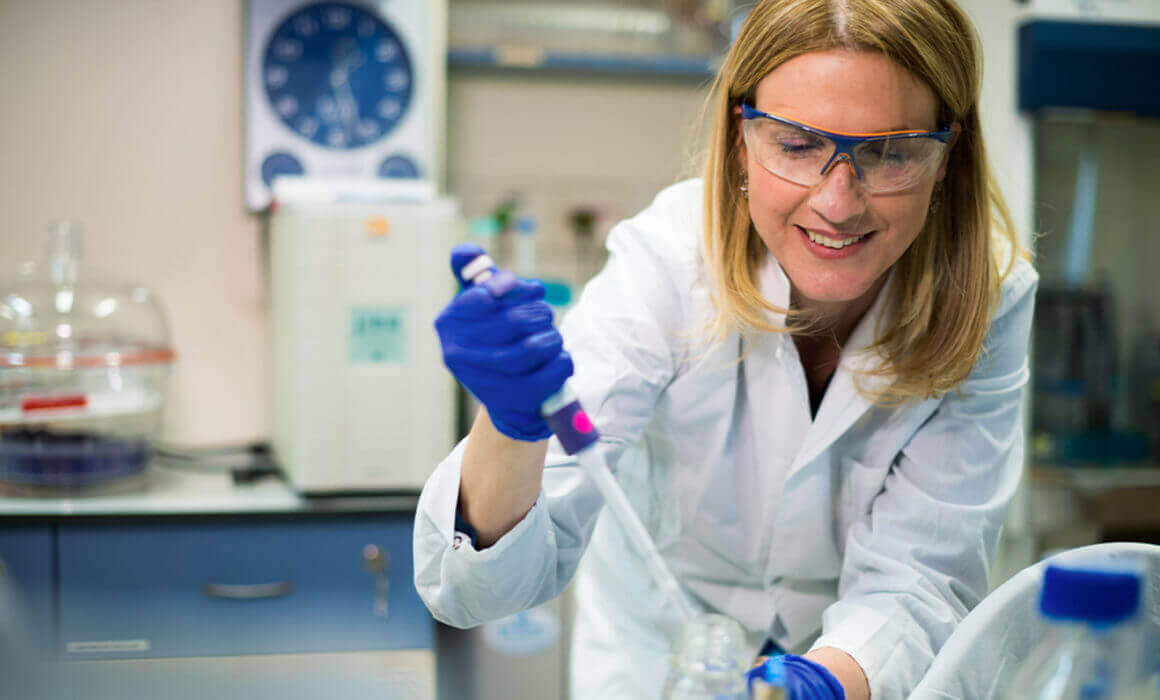 Technion researchers are on the front lines battling both degenerative diseases. Professor Ester Segal, along with her Ph.D. student Michal Rosenberg in the Technion Faculty of Biotechnology and Food Engineering, and scientists from Bar-Ilan University, are studying a novel approach to treatment.

Conducted with the support of the Russell Berrie Nanotechnology Institute at the Technion and tested in mice, their approach hinges on a probable cause of Alzheimer’s: the accumulation of the protein amyloid beta, which blocks and kills neurons and damages motor function. Existing research suggests that treating Alzheimer’s patients with another protein, neural growth factor, can inhibit the disease’s progression. But there is a real barrier to success: the “blood–brain barrier,” a filtering mechanism that restricts drugs’ passage from bloodstream to brain.

As a work-around, Prof. Segal and her team have developed a nanoscale silicon chip with a porous structure that can carry large amounts of neural growth factor. Measuring just 2 millimeters on each side and 10 microns thick, the chip is small enough to get through the blood–brain barrier. And consisting of 70% holes, it acts like a sponge that can be tailored to carry the neural growth factor, releasing it over a span of a month to the target brain region. After doing so, the chips
safely dissolve.
The Segal team has described two methods of chip delivery: either implanting it into the tissue surrounding the brain or injecting it via a gene gun. Developed for a separate purpose, the gene gun was reworked by Bar-Ilan Associate Professor Orit Shefi into a spray that can propel the chip into the brain through the nose, avoiding the blood–brain barrier. Experiments so far have been restricted to animals and are ongoing.

Dozens of people from all over the world have contacted us since the publication of our work,” said Prof. Segal. “I was devastated from some of their stories and the depression of early-diagnosed Alzheimer’s patients and their families.
The Technion has a notable history in neurodegenerative research. Professor Emeritus Moussa Youdim co-created the first anti-Parkinson’s drug, rasagiline, now marketed as Azilect®. Other Technion researchers are following suit. Associate Professor Simone Engelender, for example, has posited a new theory that better accounts for the progression of Parkinson’s symptoms than the conventional model.

Although clinical studies enrolling Alzheimer’s and Parkinson’s patients are required to gauge the long-term significance of Technion research, the advances that Prof. Segal and others are making provide solid hope for an improved standard of care for both nefarious diseases. 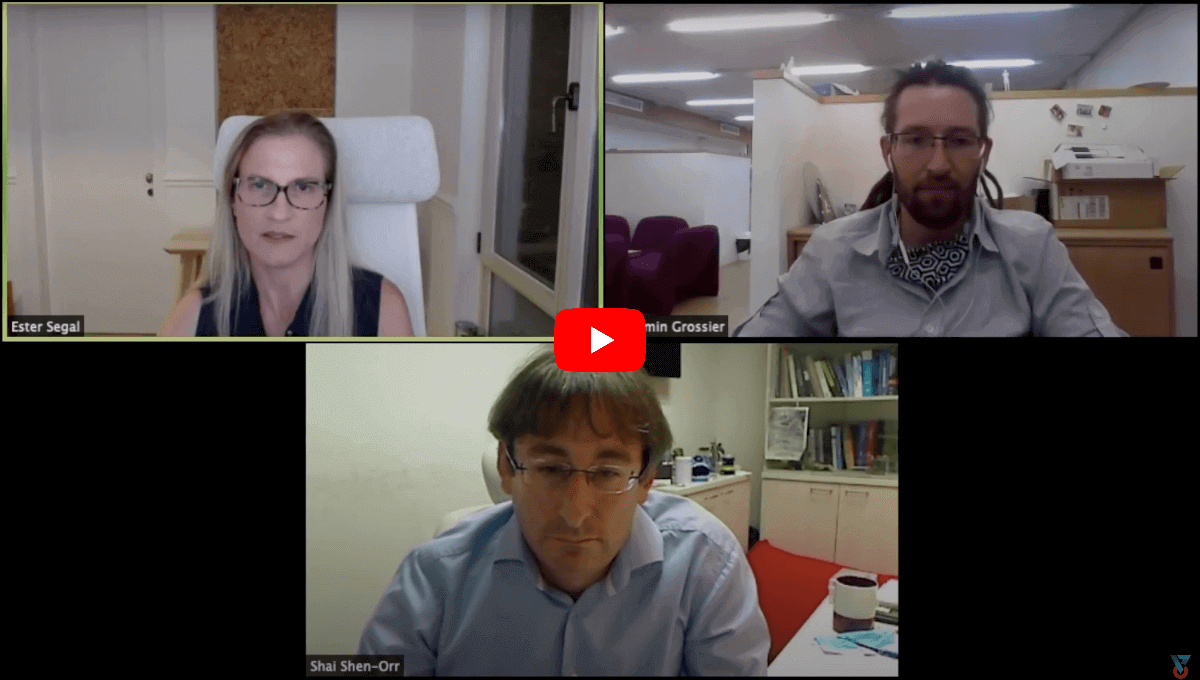 Researchers at the Technion–Israel Institute of Technology and their partners at Bar Ilan University have developed new technology to inhibit the development of Alzheimer’s disease. The work was recently published in the journal Small and also appears on the magazine cover. The research was led by Professor Ester Segal and Ph.D. student Michal Rosenberg from the Technion Faculty of Biotechnology and Food Engineering and their partners, Professor Orit Shefi and Ph.D. student Neta Zilony-Hanin from the Bar Ilan University Faculty of Engineering. 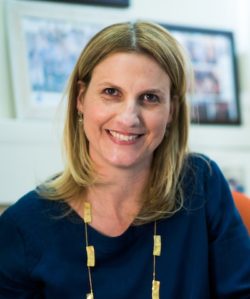 Alzheimer’s, the most common form of dementia, is characterized by symptoms that include memory loss, speech impairments, orientation problems, and significant impairment of motor functions. The disease primarily strikes the elderly population, and after the age of 85 reaches a prevalence of some 30%. Due to the increase in life expectancy and the increase in the elderly population, the overall incidence of the disease has grown and is today referred to as the “gray epidemic” or the “21st century plague.”

Alzheimer’s is a neurodegenerative disease, meaning that it originates in the brain cells. The major cause of the disease is the accumulation of a protein called amyloid beta (Aβ) in brain tissues. The protein blocks kill the nerve cells, also called neurons, in different regions of the brain. This leads, in part, to damage of the cholinergic mechanisms essential for brain function.

Administering a specific protein, neural growth factor, inhibits the damage to the cholinergic mechanisms and the exacerbation the disease. But delivering the protein into the target area of the brain is not a simple task because the brain rests beneath the blood-brain barrier (BBB), which protects the central nervous system (the brain) from being infiltrated by bacteria and harmful substances from the blood. This barrier also restricts the passage, from the bloodstream to the brain, of drugs intended to treat brain diseases. 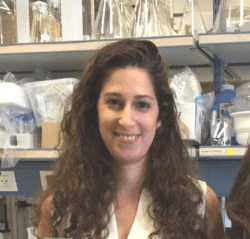 The Technion and Bar Ilan University researchers have presented an innovative solution to this challenge: Nanoscale silicon chips for direct insertion of the protein into the brain and its release into the target tissue. The dedicated silicon chips, developed in Prof. Segal’s lab, have a nanoscale porous structure that allows them to be loaded with large amounts of protein.

Through precise control of chip properties –- pore dimensions, surface chemical properties and more – the researchers were able to reach an optimal configuration that retains the protein in its active form and then releases it gradually, over a period of about a month. Afterwards, the chips safely degrade in the brain and dissolve.

In this way, as mentioned, the protein is not required to cross the blood-brain barrier since it is inserted directly into the brain in one of two ways: by implanting it into the brain (as a chip) or sending it to its target as microparticles with the use of a dedicated gene gun. Upon reaching the target location in the brain, the protein is released from the chip and the chip breaks down into non-toxic components. 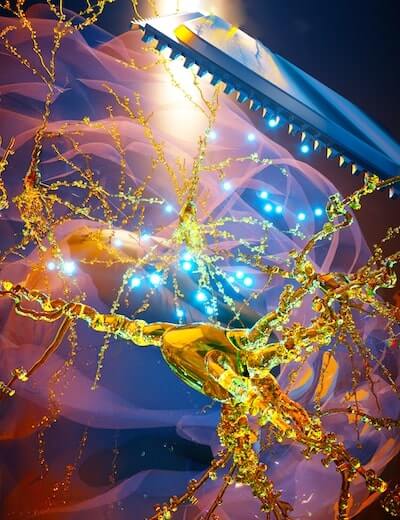 Cover of the November 6, 2019 issue of Small, dedicated to the research of Prof. Ester Segal. Silicon chips are inserted into the brain of a mouse by safe implantation or with a gene gun. The chips break down while releasing a neural growth factor, a protein that prevents the death of nerve cells in Alzheimer’s disease. (credit: Ella Maru Studio)

“In a series of experiments, we showed in mice that the two ways of delivering the platform into the brain led to the desired result,” said Technion doctoral student Michal Rosenberg. “Furthermore, our technology has also been tested in a cellular model of Alzheimer’s disease and indeed, the protein release has led to rescuing the nerve cells.”

The research was conducted with the support of the Russell Berrie Nanotechnology Institute at the Technion.