Hot glue guns can be used for a myriad of projects, including scrapbooking, arts and crafts, and assembling toys. Now, researchers at the Technion–Israel Institute of Technology have developed a glue that is applied with a hot glue gun to adhere seriously injured human tissues. 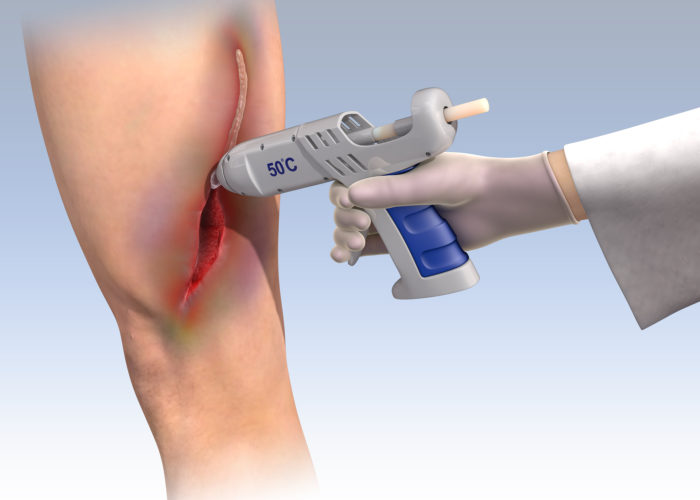 Illustration of glue being applied to an incision using a hot glue gun.

Most serious injuries are currently treated with pins and stitches that have many drawbacks. For the patient, they are very painful, leave scars, require high skill from the doctor, and sometimes have to be removed after the tissues heal. Medical glue, on the other hand, can produce improved medical and cosmetic results.

Such tissue bioadhesives are widely used in dermatology, surgical theaters, and in the field. But even though they have advantages over sutures and staples, currently available tissue glues are limited by their mechanical properties and toxicity. Because they are very toxic, they can be utilized only on the surface of the skin. In addition, hardening of the glue may make the organ less flexible or the adhesion may not be sufficiently strong.

With these limitations in mind, researchers have long been trying to develop a glue that is suitable for different tissues, non-toxic, and flexible after hardening. Such a glue would also need to decompose in the body after the tissue is fused together. 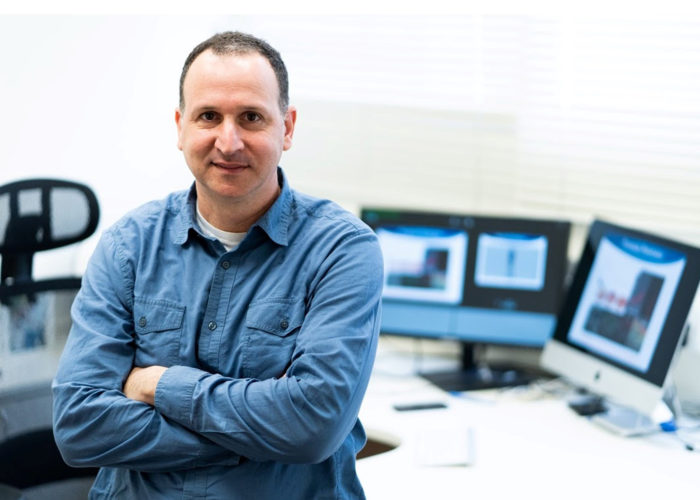 Melting the glue and smearing it on the damaged tissue is performed with a hot glue gun. Unlike the glue guns with which we are familiar, this gun warms the glue to a moderate temperature – just above that of the body – so as not to cause a burn. After the glue is applied, it quickly hardens, and decomposes within a few weeks. The adhesive is also suitable for the adhesion of tissue inside the body, and it is four times as strong as existing adhesives used for this purpose. Tested on cells and laboratory animals, it was effective and nontoxic.

The new approach is based on a biocompatible, low-melting-point, four‐armed N‐hydroxy succinimide‐modified polycaprolactone (star‐PCL‐NHS). Star‐PCL‐NHS is inserted into a hot-melt glue gun and melts upon minimal pressure, the team wrote. It is squeezed directly onto the wound, where it solidifies, bonding strongly with both edges of the wound. Changes in molecular weight allow control of adhesive strength, melting point, and elasticity properties. In-vitro and in-vivo evaluations confirm the biocompatibility of this system. The straightforward synthetic scheme and the simple delivery method – combined with the desirable mechanical properties, tunability and tissue compatibility – are desirable traits in wound management. 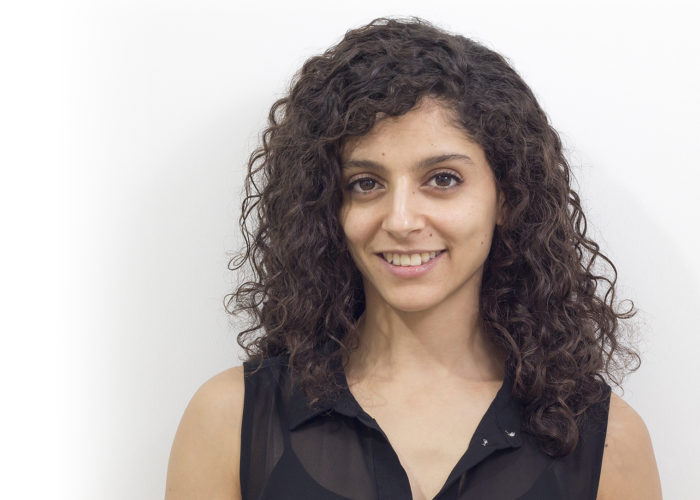 The researchers believe the new concept will lead to the development of devices that will reduce the use of stitches, staples and pins, speed up the healing process and reduce scarring.