“We are working to promote close research cooperation and to turn the Technion into a hub for many diverse industries, a platform where industry and academia meet.” 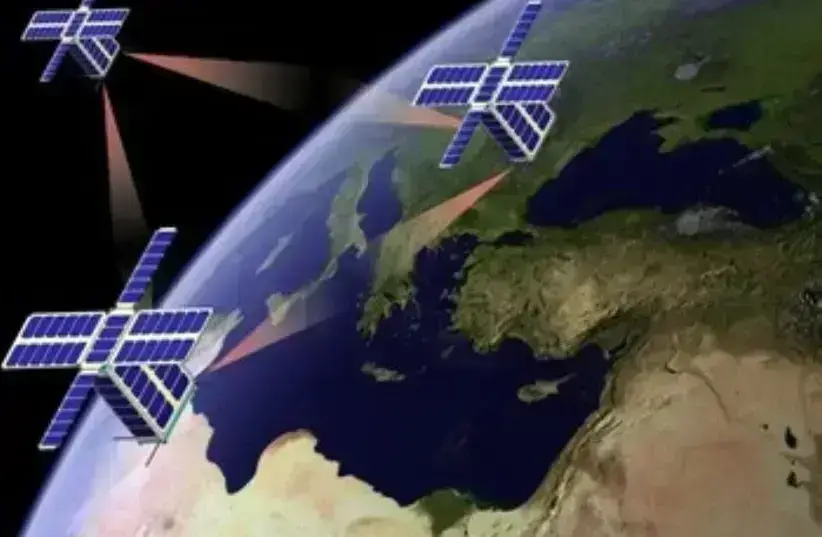 A computer-generated redition of the nano-satellites in orbit (photo credit: Courtesy)

Technion-Israel Institute of Technology and Israel Aerospace Industries’ (IAI) Space Division are partnering to literally reach for the stars by developing and launching a nano-satellite to orbit the moon.

The project, which is to be carried out by Technion students with the help of IAI space engineers and facilities, will begin at the start of the 2021/22 academic year in October and will progress until it finishes in a few years’ time.

The project is also being assisted through a major effort by the Technion Faculty of Aerospace Engineering to balance aeronautics and outer space.

“While in the past only about 10% of the faculty syllabus was dedicated to space, in the past few years there has been an effort to change this and reach a more equal balance between the two fields,” Faculty dean Prof. Tal Shima said in a statement.

“To achieve this. we updated the faculty curriculum and we are currently in the process of hiring new staff members with expertise in outer space. Cooperation with IAI’s space facility will allow us to expose students to additional joint projects with IAI focused on space. This is a fascinating field where activity in Israel and the world is stepping up and I hope to see as many students as possible focusing on it.”

The project will be headed by Prof. Gil Yudilevitch for the Technion, and by Technion alumnus and current IAI space engineer Niko Adamsky for IAI.

“The project will allow students to become partners in a project with the industry and help them reach the end of their studies prepared to be integrated into Israel’s developing space industry,” Yudilevitch explained.

“The interface between academia and industry is changing fast and the Technion is investing great efforts in being established in Israel and internationally,” Technion president Prof. Uri Sivan said at a signing ceremony.

“We are working to promote close research cooperation and to turn the Technion into a hub for many diverse industries, a platform where industry and academia meet. We are quickly working to commercialize technologies that originated on campus.”

“As an alumnus of the Technion, accompanying projects and different mentoring programs over the years, I am excited by the existing and future cooperation between IAI and the Technion,” IAI president and CEO Boaz Levy explained.

“We must strengthen cooperation with the Technion, especially the Faculty of Aerospace Engineering, which is unique to its kind in Israel, and which holds a leadership position among similar faculties worldwide. Increasing our cooperation with the Technion produces added value to both sides and will help us strengthen and integrate in creating groundbreaking, challenging, and leading technology in Israel and abroad. To this end, it is important we formulate together the image of the engineer we envision – an involved engineer with system-wide perspective and deep business understanding and research capabilities.”

This is not the first time IAI and Technion have collaborated together for nano-satellite technology. In August 2020, Technion and IAI collaborated to develop an advanced and unique innovative receiver and a satellite computer as part of the Adelis-SAMSON project. Said project saw Technion launch three autonomous nano-satellites called CubeSats on March 20, 2021. The satellites were launched from Kazakhstan onboard a Glavkosmos Soyuz rocket, and each 8 kg. satellite came equipped with sensors, control systems and navigation tools.

This was not the Israeli university’s first foray into space. In 1998, Technion launched the Gurwin-TechSat II. Eleven years later, that satellite is still in orbit.

However, this is not the first time an Israeli university has launched nano-satellites. In February, a nanosatellite designed, developed, assembled and tested by Tel Aviv University was launched from a NASA launch facility in Virginia.

The development and launching of nanosatellites is seen by some experts as being a part of the the “Civil Space Revolution.” Also called New Space, this term refers to how the field of satellites is no longer limited to just massive, well-funded companies. This is especially notable, as many experts believe the nanosatellite field will be critical in maintaining high-speed Internet and communications in the future.

Technion had already joined New Space with the Adelis-SAMSON satellites, and now this new project could see them go a little farther.
Maayan Hoffman and Sarah Chemla contributed to this report.