Marcelle Machluf, the dean of biotechnology and food engineering at the Technion-Israel Institute of Technology, is working on an innovative cancer treatment called nanoghosts. 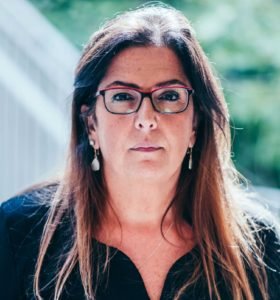 Marcelle Machluf, the dean of biotechnology and food engineering at the Technion-Israel Institute of Technology, is working on an innovative cancer treatment called nanoghosts.

Nanoghosts, a drug-delivery technology that uses adult stem cells to transport medicine directly to the tumor site, have already proven successful in treating pancreatic, lung, breast, prostate and brain cancer in mice. Israel’s Ministry of Science and Technology named nanoghosts one of Israel’s 60 most impactful developments.

The technology has won Machluf a litany of honors and awards. Machluf, who immigrated to Israel from Morocco at 1, was one of the 14 torch lighters at the Israeli 70th Independence Day ceremony at the military cemetery on Mount Herzl. She was also named “Woman of the Year” last year by Lady Globes, a magazine insert in the Israeli daily financial newspaper Globes.

Machluf visited Philadelphia recently and spoke about her work.

Have the nanoghosts been used to treat people with cancer?

No, that’s the process. It’s already 10 years of progress in terms of research. The patent was fully approved a year ago. The patent was filed here and approved here in the U.S. It’s approved in Europe. The purpose now is to raise funds for the company that we are building, with the aim to go to clinical trial.

What do you think the future of the nanoghosts look like?

Time will tell. First of all, I’m not a prophet, but if I can rely on what I got so far and the results that I got from animals, I’m truly thinking it will be a game changer in this field. Again, it’s not a drug; it’s a platform that delivers the drug, so still we need to rely on drugs that come from companies.

However, it can help the drug work much better with actually less side effects because now the drug will be only down on the tumor site, not like today, where all our bodies are infused with the drug.

Second of all, I am sure it can give a benefit to drugs that were too toxic to be tried alone on patients.

You’re a woman and originally from Morocco, working in science. Do you feel like you’re a minority in this field?

That’s a big question. At the beginning, I felt like I was a minority. First of all, as an immigrant and coming from the Sephardi part of the Jewish people, it was not simple, not for my mother, not for my family.

Also, as a woman, it’s not a woman’s world, back then more than today. Today, at least, we are trying to solve this issue, trying to promote, trying to change the status of a woman in a man’s world, but frankly, I didn’t feel much problem in this part because I was what I am today. I never saw an obstacle in my way and didn’t push it away.

It also depends on the character of the person, how he believes in himself, what he wants to achieve. I never let myself be despaired or think that I can’t do whatever I wanted to do. I can’t say that it was easy. As a woman, I felt like you have to prove much higher things, invest much more time, be more perfect than what a man will be because if you fail or a man will fail on the same situation, it will be much more reflective on the woman than on the man.

Do you have any advice for women or minorities interested in pursuing STEM?

I say it a lot in Israel, because I travel from school to school, especially in the periphery, to show that [anything] can be done. When you have the will to invest, to work hard, you can achieve whatever you want. Money should not be an issue, and today we are aware of that and there is a lot of support in terms of financial support that this will not be the obstacle.

You were also chosen to light the torch at Israel’s 70th anniversary celebration. Can you tell me how that went?

This was the most amazing event for me and honor that one can give me. This is the biggest honor that one can give in Israel, especially choosing a scientist. This technology of nanoghosts was chosen as one of the 60 most important technologies. All of that — and also being an immigrant who came to Israel, that her life was not easy because we came from a social economic situation that was very, very low, and succeeding to be what we call today in the top of one of the universities — I was honored to light the torch for all the ones that want to do things with their life, want to pursue science, want to pursue their dream, and regardless of their backgrounds, can do it.