If you like puzzles you have probably encountered one of the ones that involve a single counterfeit coin hidden among a larger number of real ones. Normally, in these problems, you have to separate the fake coin, which has a different weight from the real ones, by using a balance scale. But you are only allowed to use the scale a small number of times, perhaps two or three.

Classic simple example: you’re given nine coins and promised that the lone counterfeit is lighter than the others. Can you single it out for disposal, or for passing off onto an unsuspecting cashier, using the balance only twice? You can (and I’ll give you this chance to cover up or scroll away from the answer if you want to try figuring it out yourself).

In your first test, you put three coins in each pan of the balance, leaving three aside. If one pan is lighter than the other, the coin has to be in that group of three; if they are equal the coin is obviously in the group of three left off to the side. Having isolated a three-coin group, you use the same logic to pick out the counterfeit. Pick any two coins and put one in each pan: if one is lighter, that’s the fake. If they’re equal, the fake must be the third one.

Article published at https://nationalpost.com on March 30, 2020. 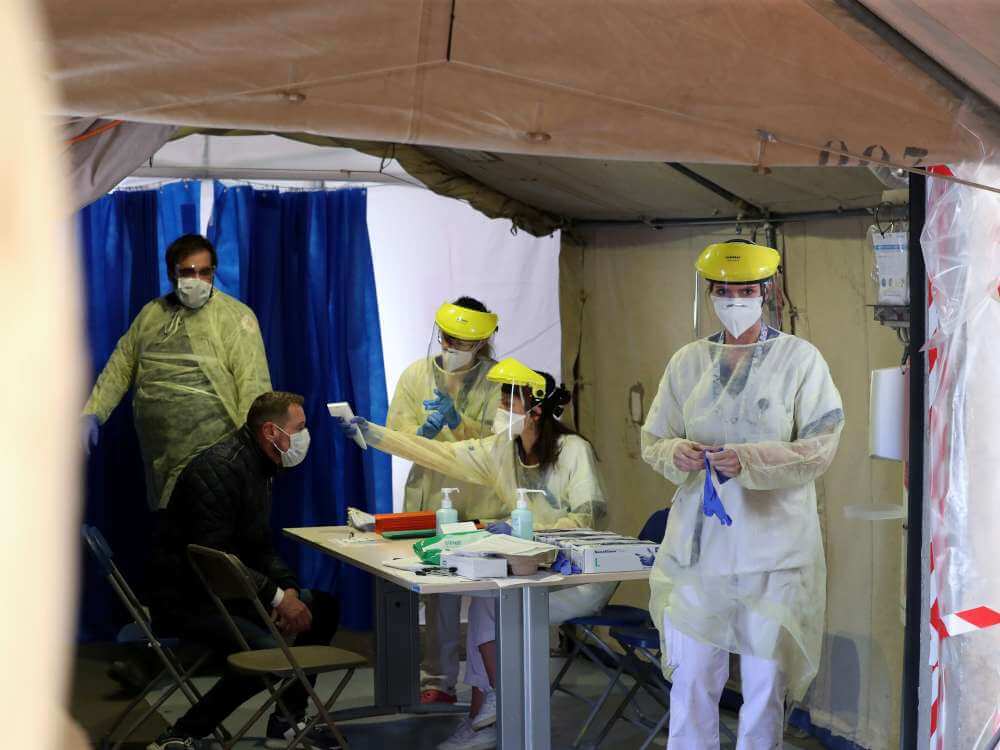 Medical personnel test a person for the coronavirus at Erasme Hospital in Brussels on March 30.

One of the interesting, and possibly significant, sidelights on the war against the new coronavirus involves multiplicative logic of a similar kind. On March 18, infectious disease researchers at Technion, Israel’s oldest university, announced a successful trial, completed in less than a week, of a method of pooling medical samples and performing simultaneous polymerase chain reaction (PCR) testing for the presence of the virus on 32 or 64 samples at a time. That is, you get a very fast “positive” or “negative” answer for the whole group immediately, and can proceed with tests of individuals (without necessarily taking new samples) in the case of a group positive. If the pooled test is negative, everybody’s off the hook.

There does not seem to be a paper describing the trial yet, but the scientists involved are of high repute, and the press release got other statisticians and researchers talking about the idea. (There is a mathematical preprint on the arXiv open publishing site discussing the “efficiency gains” from pooled testing in various scenarios.)

The whole world is in a situation like the chap in the coin puzzle: we have limited access to tests that we would ideally perform on everybody alive, individually and at once. Everybody is working, with visible but frustratingly belated success, on expanding the number of individual tests than can be done per day. Pooled tests could be part of a strategy for traditional epidemiological surveillance. If you have a group of asymptomatic people — maybe it is a group of special communal concern, like the staff of a care facility or a grocery store — you could do the pooled test first. If you get a negative you are spared the series of tests on individuals. I know everyone has had their fill of herd metaphors, but pooled PCR has been used as a cost- and time-saver for decades on livestock, in just this way. 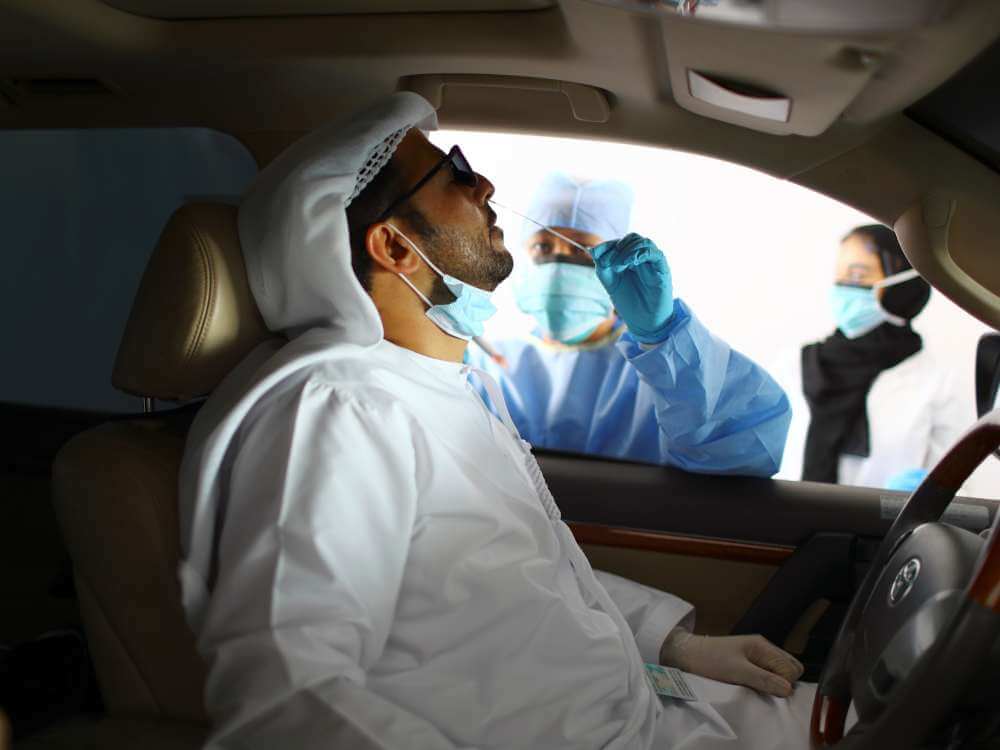 A staff member wearing a protective face mask and gloves takes a swab from a man at a drive-thru coronavirus screening centre in Abu Dhabi on March 30.

But pooled tests may also be useful for sampling large populations and for quantifying the presence of the virus in them. The number of asymptomatic cases in the general population is a parameter of considerable concern now, and it will go on being important after we control today’s disastrous outbreaks in virus-naive populations. Pooled-sample PCR has a history of being used in this way, too, in checking for seasonal changes in the spread of low-grade infectious diseases, including other coronaviruses.

Probably every virologist knew a technique like this was possible, and if they had been given unlimited budgets and power in advance of the crisis, they probably would have cooked up plans for including pooling in a fast-response strategy for a pandemic of novel disease. It is the sort of thing experts will go on talking about long after the rest of us have returned to our lives and pushed aside our careers of couch-potato epidemiology and economics.

Pooling samples for testing is not useful in every conceivable situation. Once a large fraction of the population has a virus, the efficiency gains from pooling evaporate, and if the tightest technical bottleneck in your testing capacity is the number of nasopharyngeal swabs available, or the number of test personnel available to wield them, pooling won’t help. I suspect that pooling might stay on the agenda because we seem likely to end up in a situation, or a world of local situations, in which a first wave of infection has been suppressed but most of the population is still naive to the virus.